A lot of time since my last post, but it's a really busy period. This is a small "inconvenient" when you own a small and have a lot of projects. I would love to have more time for blogging. This will be a small post...

Maybe you've already read about this on other blogs, but seem that there are some lucky developers that can already develop/test/debug on a real device.

First of all ... I WANT ONE TOO :) Maybe we will get lucky and the guys XDA (especially
DA_G) will be able to port the leaked Mondrian ROM to other devices. It would be even nicer to have a developer device directly from Microsoft given/sold to developers registered on Windows Marketplace (I am not one of them yet). It will have to be a NoBrand device for development purpose which will have access to the beta versions of the WP7 OS (something like Apple does now) ?

But let me get to the post. When I watched the video posted with Windows Phone 7 startup/setup there are 2 aspects that I didn't like and I've already talked about both of them in my previous posts.

Microsoft Help Us to Help You

Finally some time for blogging. Let's go to the subject...

The new "unlocked" image gives the possibility to do some tests of how much memory does WP7 eat as OS and also how much memory the developed apps occupy.
The emulator starts with 77 MB occupied. To understand how much that changed in comparison to previous versions I started all the other emulators I have installed on my development system and this is the result: 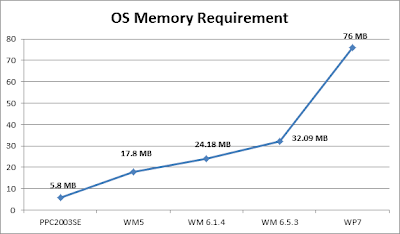 Not so bad... The memory requirement only doubled (the same happened when they passed from PPC2003 to WM5).
As the apps don't offer the option to exit them programmatically I've started launching all included applications. Arriving at 160 MB of memory occupied the emulator doesn't work correctly anymore and you will get screens like these ones: 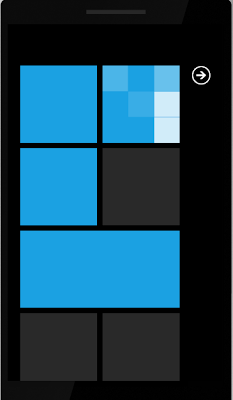 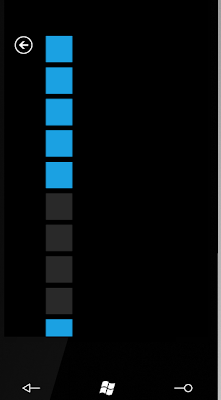 This may be a bug of the RC emulator image, but I still prefer a GOOD OLD EXIT function for my apps.
I than run some tests to see how much memory a simple application occupies. The "empty" application generated by VS 2010 started with the debugging option occupies around 8 MB of memory and without debugging 6MB. I did the same test on Win32 and NET CF and grouped the results in a chart: 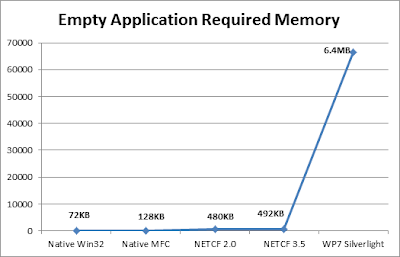 Let's say that an empty app that does nothing and occupies 6MB means that the framework is not yet optimized. It would be interesting to see how much memory requires a more complex application. Looking at this chart I think Microsoft should offer the possibility to develop natively or using NETCF on the WP7 platform.

Then there is the whole Running,Paused,Suspended,Resume mechanism that doesn't convince me 100%. If the OS decides when to suspend(kill) an application why doesn't the OS automatically save the state of the suspended application and then when the app resumes the OS could automatically reload the last state? The OS has access to the File System which is faster than IsolatedStorage accessible to the user. Personally I prefer the "old" way to work with the apps not this one that seems copied from the iPhone OS. In fact the whole OS looks like is developed taking iPhone as a model and not looking at what was good in the old OS. They erased not only what was bad but also what was good like the possibility to group the applications in folders which was implemented since Pocket PC , that misses in WP7 and which will be implemented in iPhone OS4.

In hope I will find more time for blogging.
In the meanwhile NAMASTE!
Pubblicato da Dan Ardelean a 17:00 2 commenti